Tunaweza partners with UMI in Kyebando to offer relief to PwDs during the COVID-19 pandemic.

On 21ST March 2020 Uganda confirmed its first COVID-19 imported case and since then cases have been on the rise. This has put all Ugandans at risk and requires an urgent and robust response, including through the intensification of surveillance, detection and containment measures, as well as case management and community engagement. The preventive measures have come at a very high cost to this developing nation, essential services are strained as human and financial resources are diverted to respond to this rapidly expanding public health emergency.

Tunaweza Foundation and UMI ALUMN, joined efforts to support the public health response, increase awareness, reinforce prevention and keep the most vulnerable alive under the theme “STRONGER TOGETHER IN TOUGH TIMES”. Through the mentioned theme, Tunaweza and its partner was able to identify a small community located in Kyebando with a number of persons with disabilities. Tunaweza and UMI ALUMN collectively carried out a charity drive were several funds were raised and a number of items were collected such as Sugar, Bunches of Matooke, Mattresses, Posho,Soap,Sanitary pads and clothes

On the 19th June, 2020, Tunaweza Foundation went to Kyebando Community of Persons and families living with disabilities. A team from Tunaweza Foundation led by the Executive Director in collaboration of UMI ALUMN went to kyebando to delivery the items in person to the people.

Below are of the pictures taken during the visit. 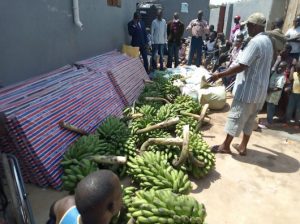 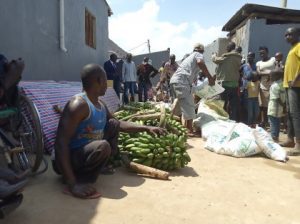 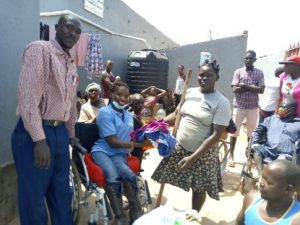